In 2020 a significant work was finished in Kurzeme on building 4 new accessible nature trails: the small loop of Žibgrava nature trail in Alsunga, the Stingray Path at Kalēti Forest Park, the Rowan Alley at Kazdanga Castle and the additional trail stretches at Kazdanga Park. All new trails have been constructed according to accessibility guidelines and provide an opportunity for wheelchair users to freely access and enjoy the nature.

The small loop of Žibgrava nature trail in Alsunga has been built as an extension of the existing scenic trail, which so far was not accessible to people with disabilities due to its specific relief – the trail stretches through the hilly forest terrain along the picturesque, winding coast of the River Kauliņupīte and at some points the height of its ravine reaches 15 m. Now, with the construction of the small loop, everyone is able to access a part of the trail, as well as the resting area.

The Stingray path is a new accessible thematic path at Kalēti Forest Park, where so far 3 other thematic paths had been installed – the mushroom path, the plant path and the animal path, with lots of wooden sculptures at each of them, yet not accessible to wheelchair users. At the Stingray path, there has also been several new thematic wooden figures installed, giving a possibility to people with visual impairment to touch then and visualise how some stingers (a tick, an ant, a snake, a crackling, a stag-beetle) can look like. A wooden sculpture of a snail, which is the symbol of the park, has also been installed at the path.

The Rowan Alley near Kazdanga Castle has been created in honor of the centenary of Latvia, by planting 100 rowan trees (50 on each side of the alley) and supplementing it with 15 thematic attraction stops – diverse wooden figures located on each side of the allay and allowing to learn about nature, culture and history through the five senses – sight, hearing, touch, taste and smell.

At Kazdanga Park, which is the largest park in Latvia, a new parking lot with few new trail stretches had been built, allowing for disabled persons to access and drive along the fantastic wooden boardwalk that links together the two side if the park accross the lake, with a nice resting area in the end.

At all new trails, there had been dry accessible toilets set up together with a number of other facilities (tactile environmental objects, benches and tables), thus prividing an opportinity to fully enjoy the rest in nature.

In 2021 a number of other improvements have been foreseen, including the installment of tactile info stands and signs.

Construction works have been carried out as part of the project CB786 “Nature Access to All” (NatAc) implemented by Kurzeme Planning Region in cooperation with NGO Apeirons with support of the Central Baltic Programme 2014-2020. 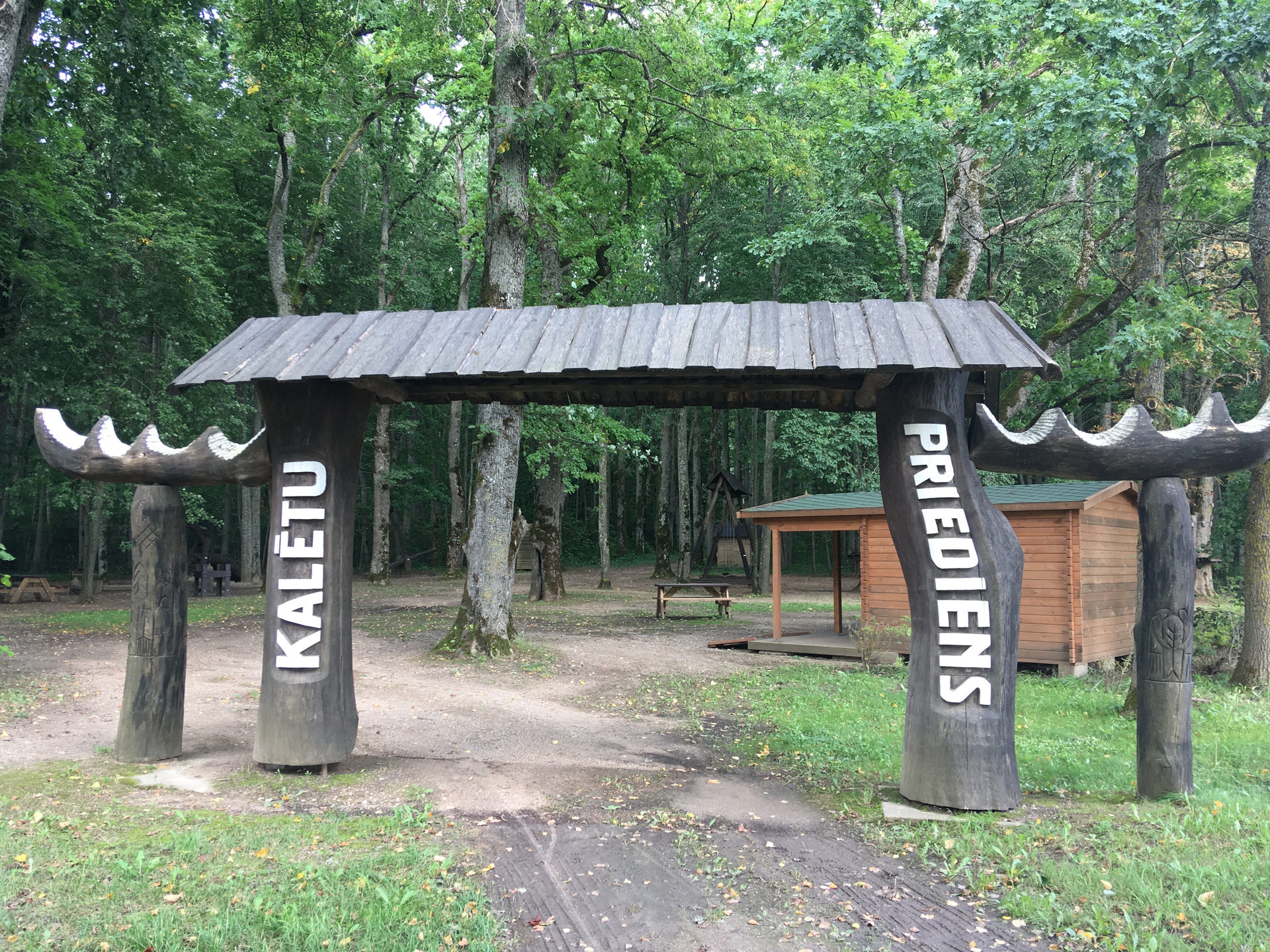 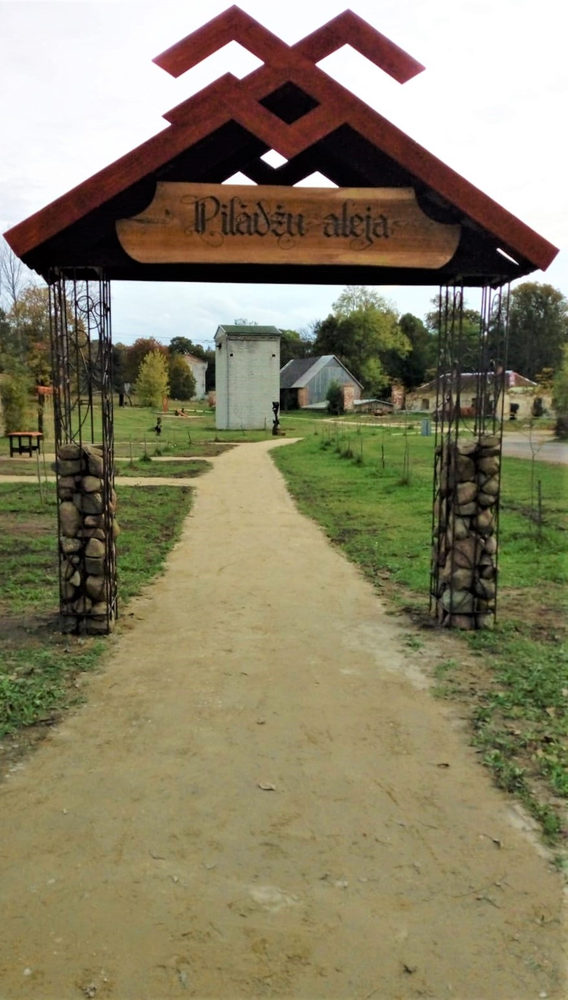 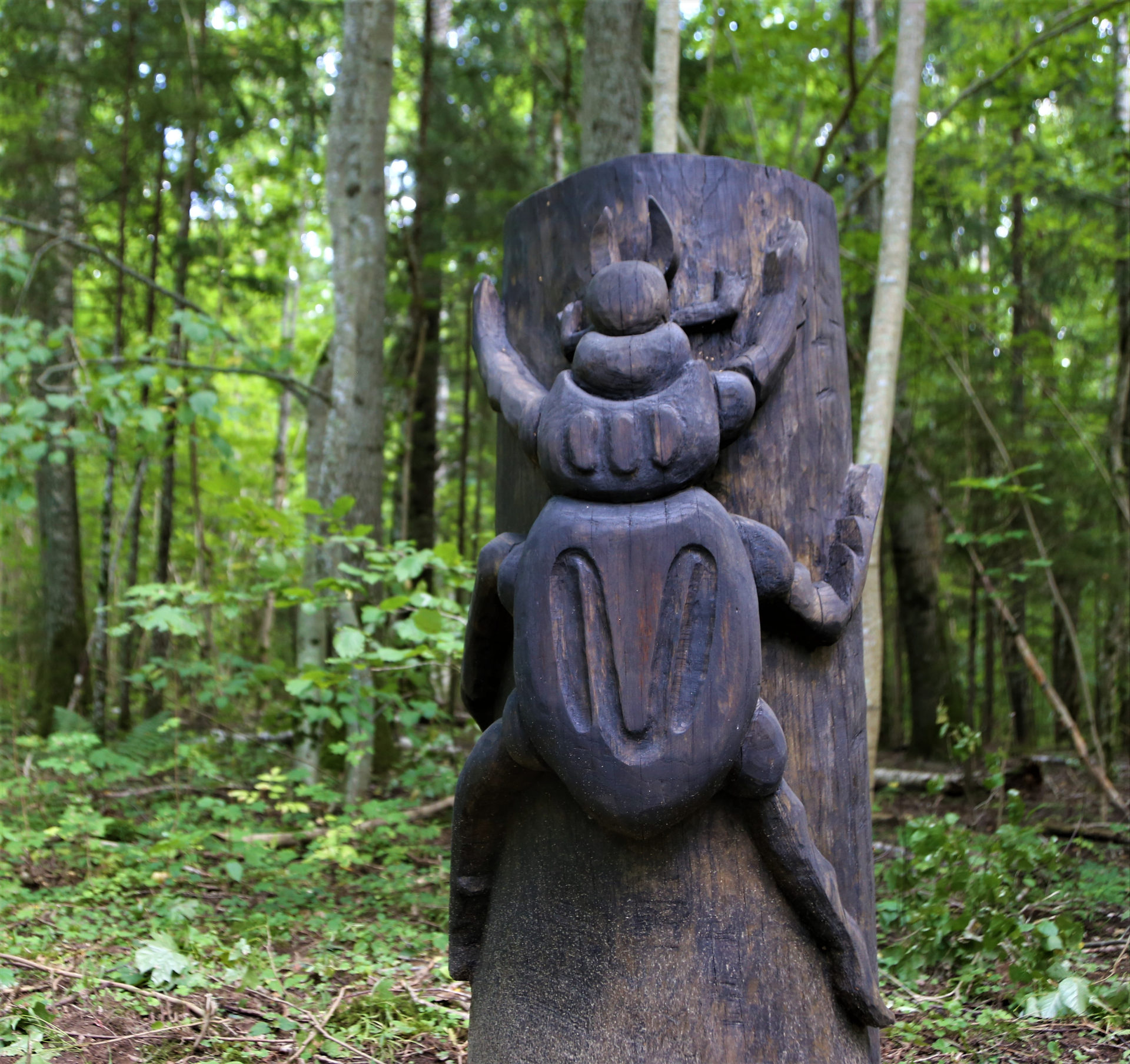 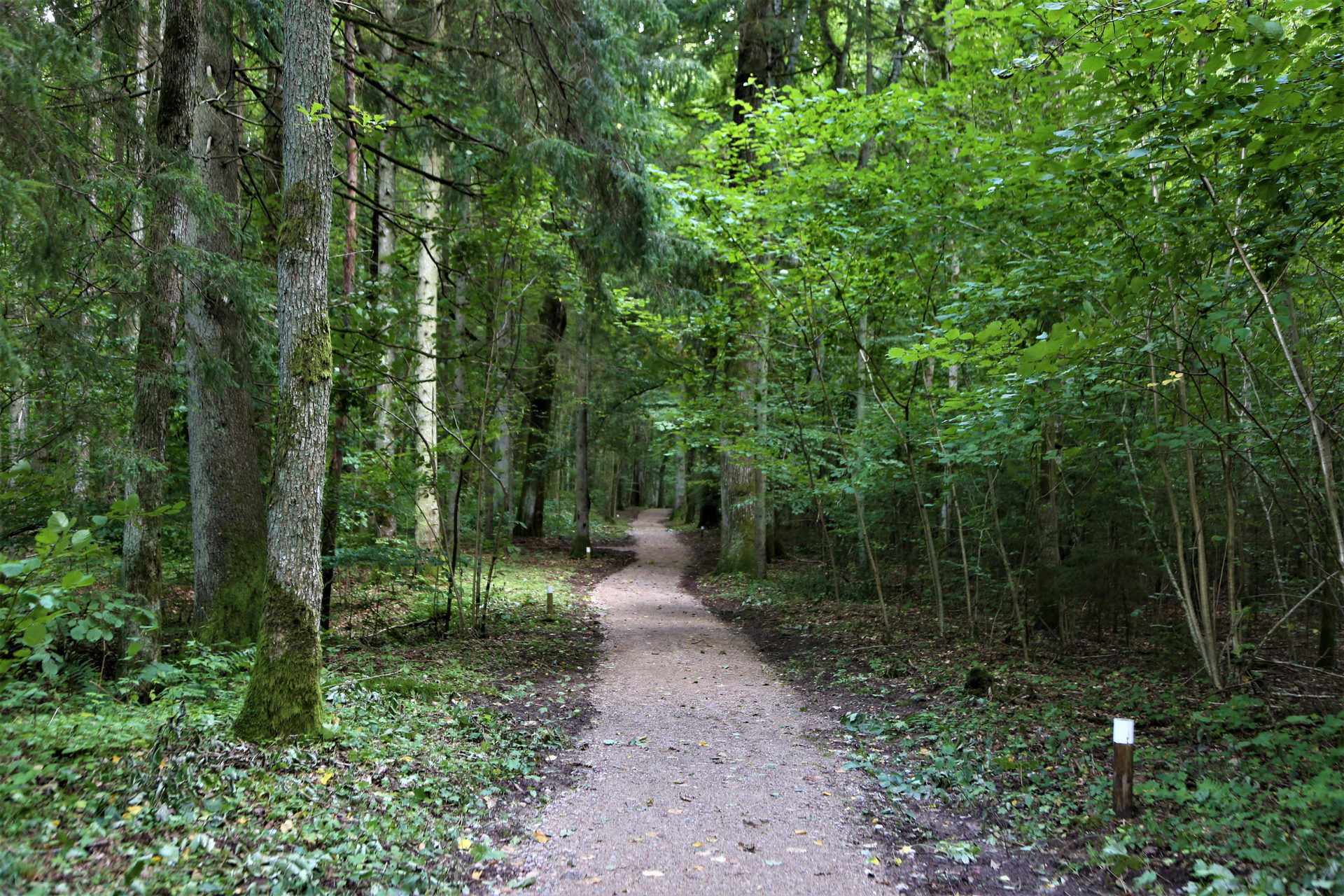 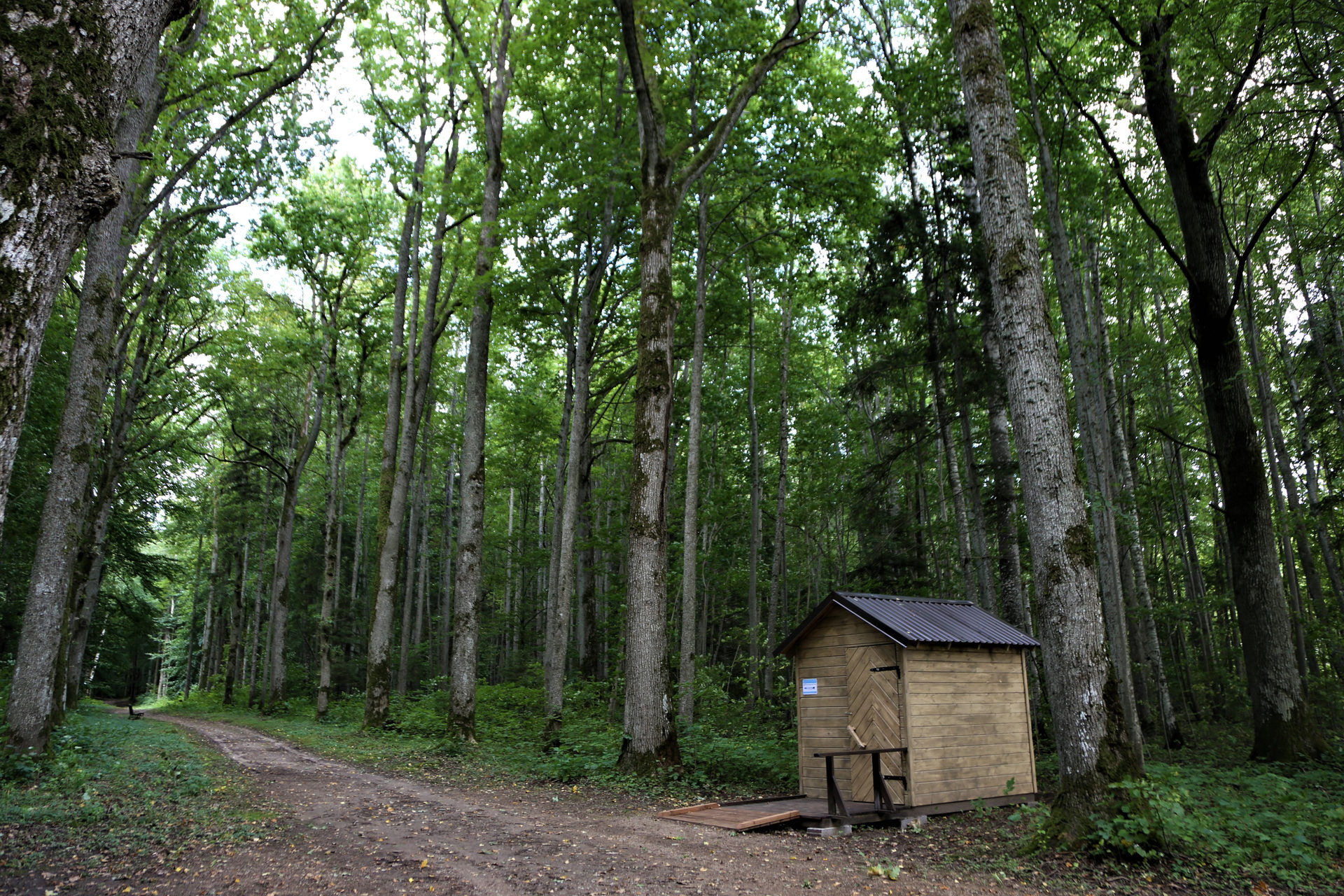 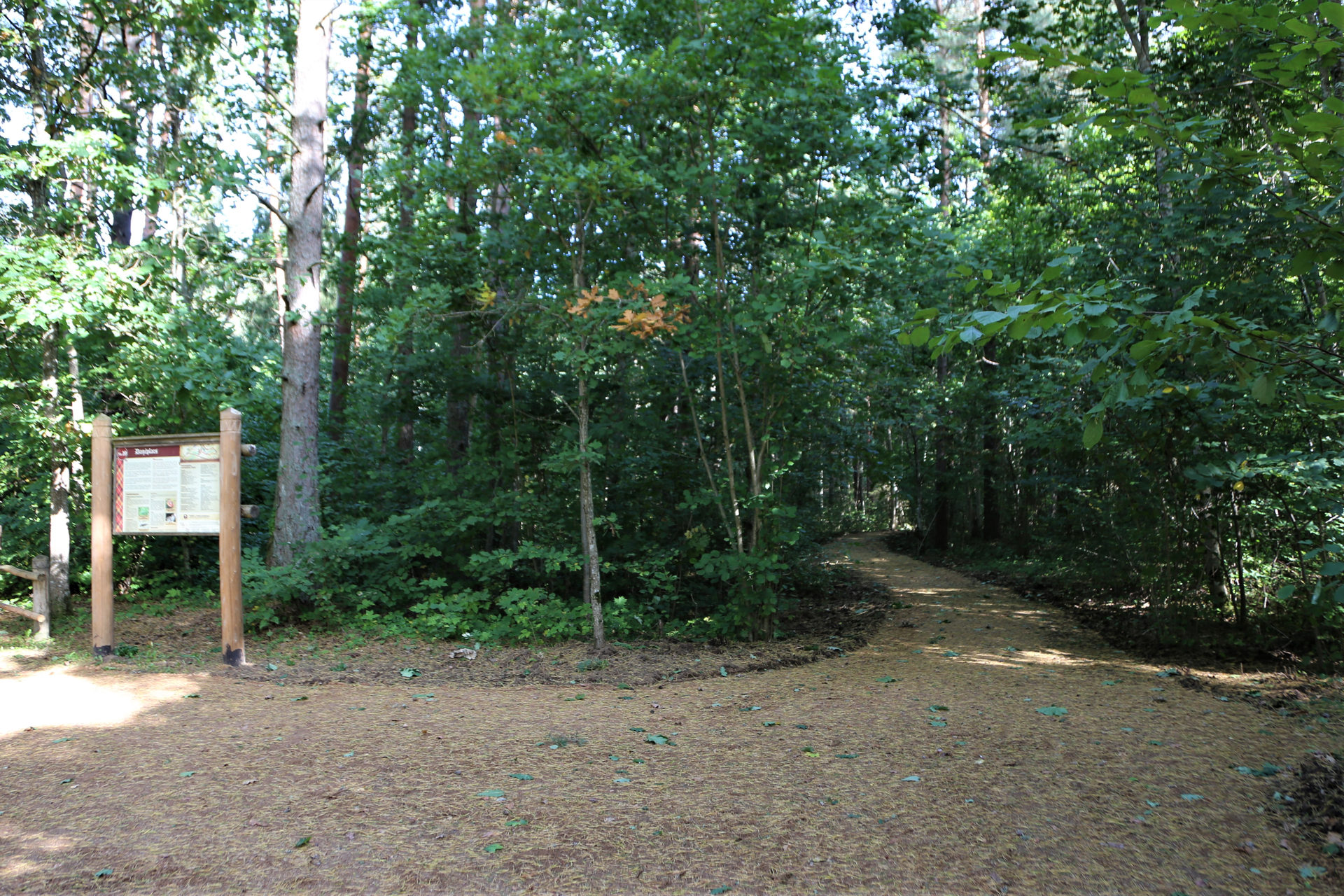 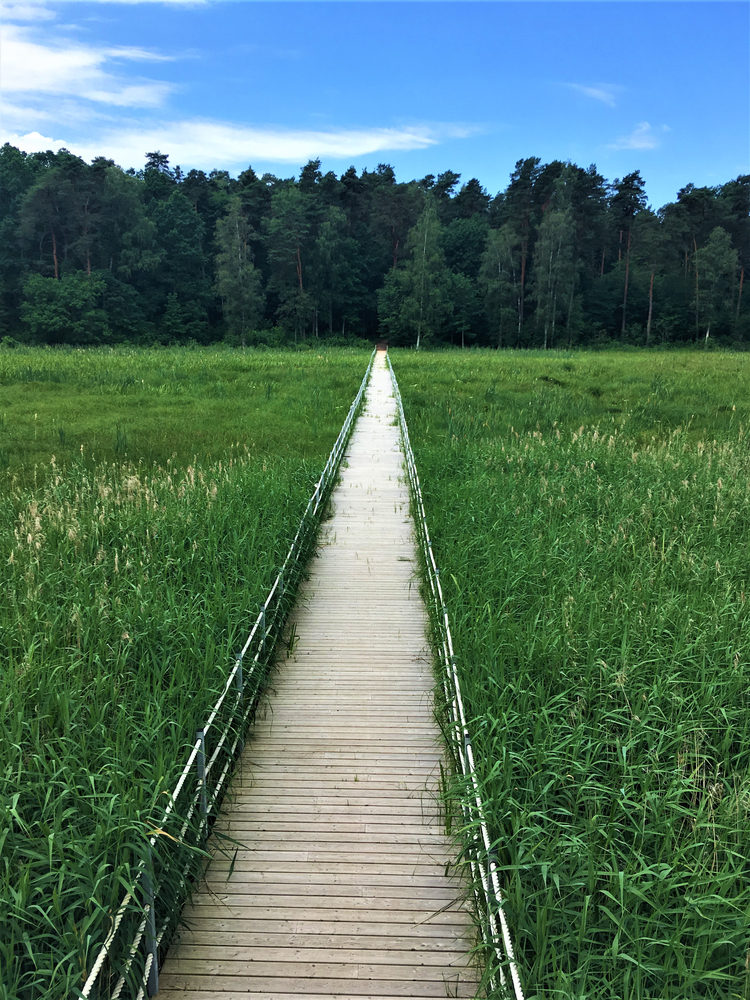 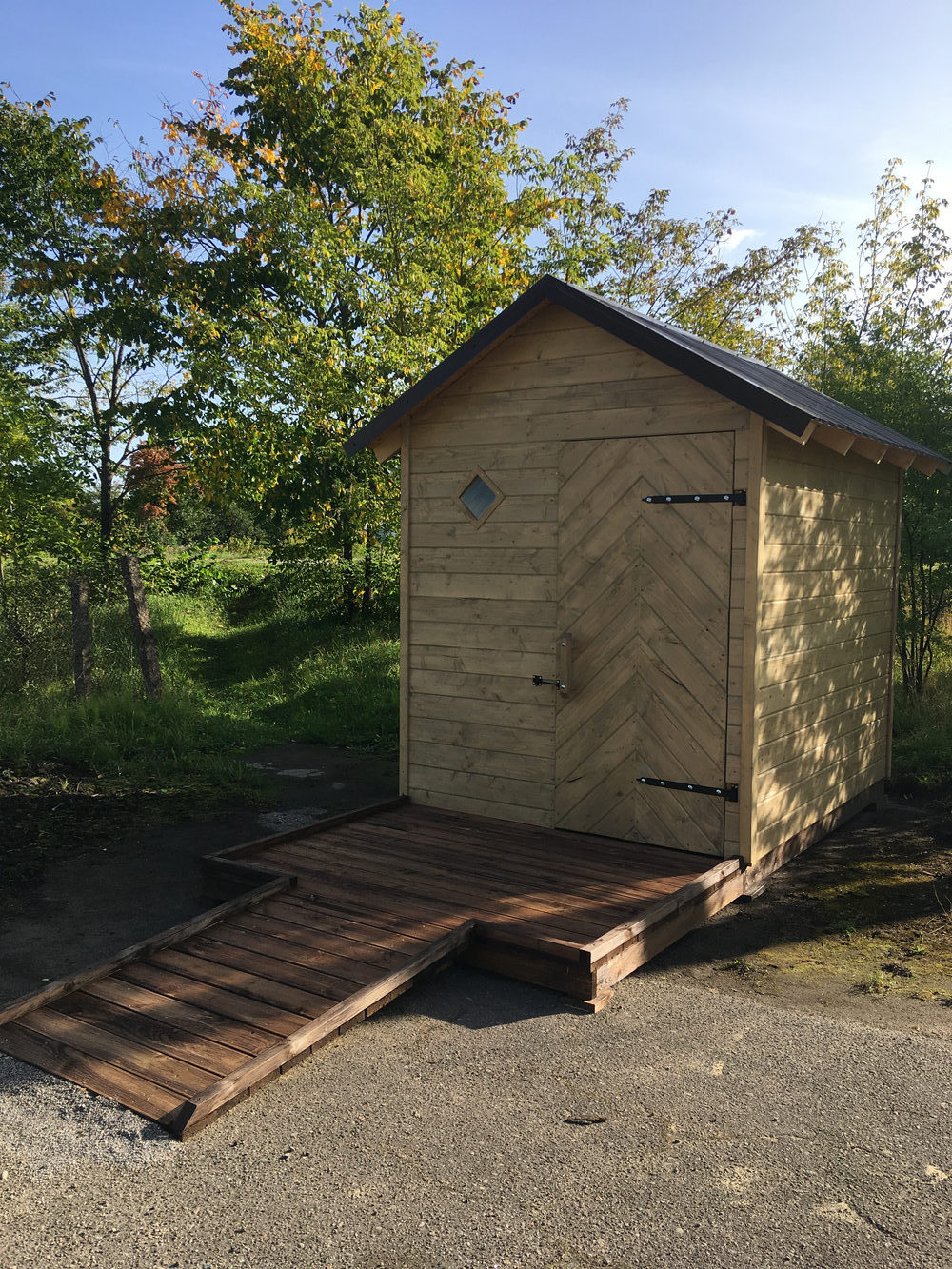 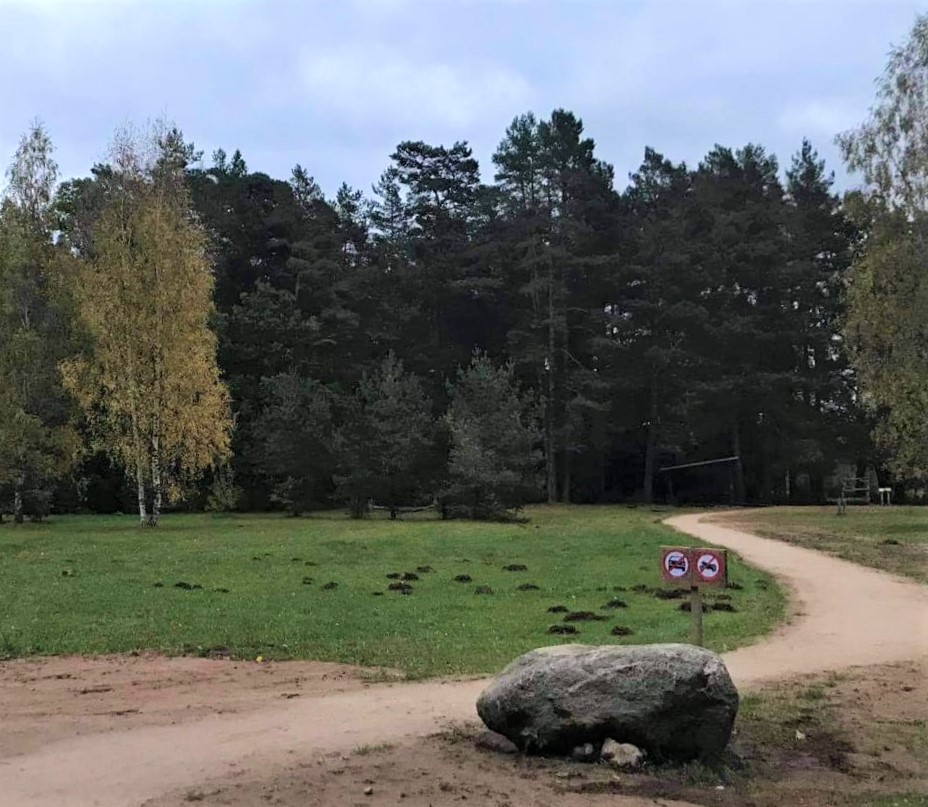 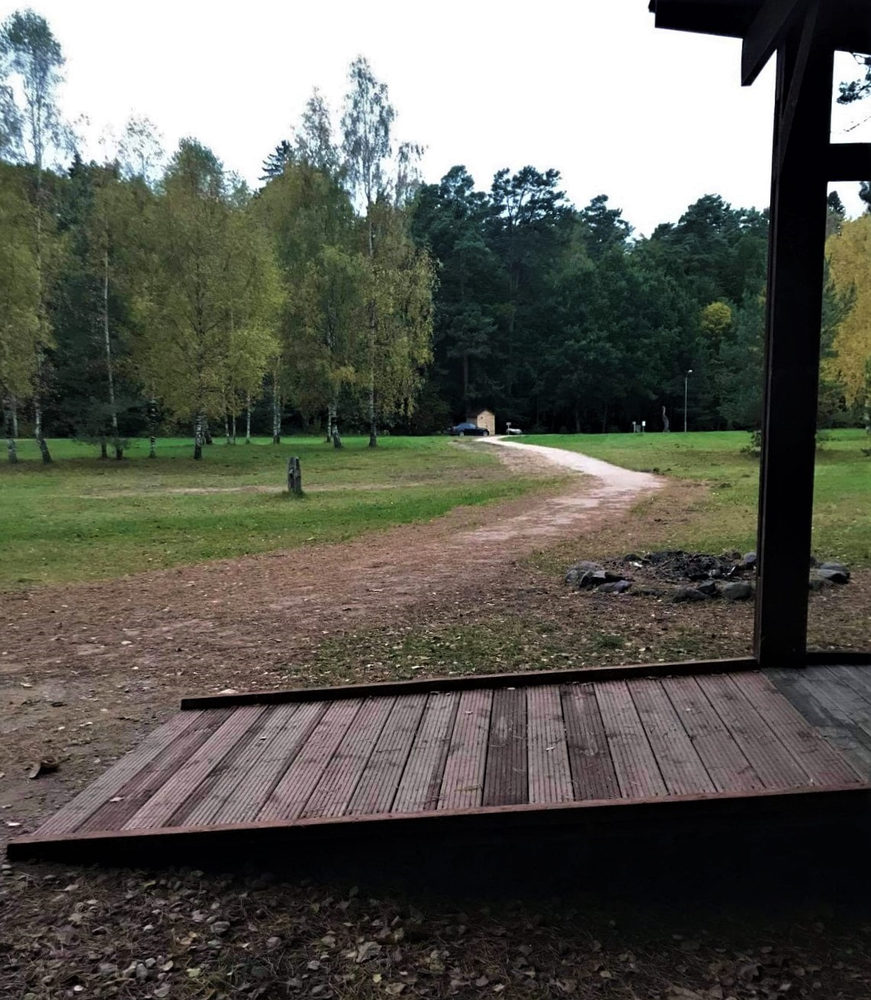 We will be happy if you tell others about this article

New Nature Trails’ Guidebook with 100 trails accessible to all and more than 300 other trails and nature sites!

As part of the nature accessibility “NatAc” project the new Nature Trails’ Guidebook is ready! With 100 trails accessible to all and more than 300…

To expand opportunities and help visually impaired to get to know nature trails and the animals and nature values there, by using other senses, Kurzeme…

Accessibility Days are on!

On 12 August the first out of three Accessibility Days’ events for families foreseen in the poject took place in Latvia, at Kalēti Forest Park.…